Costa Rica has become a favourite destination for naturalists and bird watchers in particular.

Actually, this small country of only 51,100 Km2 hosts up to 876 species, of which 600 are residents, therefore drawing birdwatchers from around the world.

In Costa Rica, there is some for everybody, from the already familiar to these neo-tropical species to the one looking to discover these creatures in their natural habitats for the first time.

The particular geography of the country, squeezed between 2 oceans (Atlantic & Pacific) and with 2 mountain ranges occupying half of the territory (culminating at 3820 mts), explains such diversity.

Located in the Central American isthmus, Costa Rica constitutes the limits of distribution of species of respectively South America and North America, as well as a temporary home and passage way for migrants.

And in a full-day, one can easily count one hundred of birds, of which the very localized :

The Tenorio and Miravalles Volcanoes Region

The lodge was built in harmony with nature!

This micro-region is under the climatic influence of the Caribbean side, at an altitude varying from 350 metres to 1916 mts (Tenorio) or 2020 mts (Miravalles).

Nevertheless, less than 20 km away is the climatic barrier with the Pacific offering, through this exposure, semi-humid to dry forests. All these nearby surrounding environments are another explanation for the very high local bird diversity.

We are listed on ebird.org

We're waiting for you! 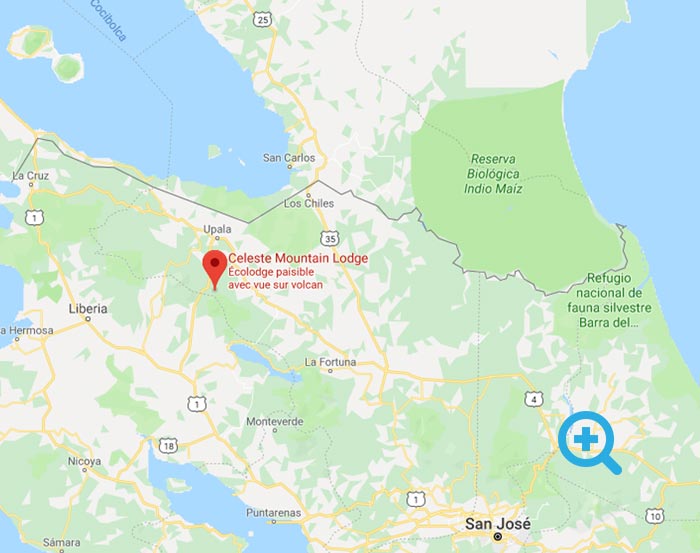